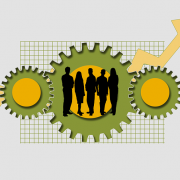 I remember the first time I was asked to participate in an employee development assessment tool that involved feedback from other people.  Even as I became immediately invested and interested in what those with whom I worked would have to say, I was equally nervous.  I found it relatively easy to begin the process by assessing myself on the criterion presented. But, when I found myself having to turn to my peers, supervisees and supervisors, and internal and external customers for generalized in-depth feedback and hoping that their evaluations of me would match my own self-observations, I have to admit, I was slightly intimidated. I shouldn’t have been.  What I learned from self-assessing, as well as receiving and giving feedback, proved to be invaluable to me.

From my own experiences, I was able to extrapolate and determine not only the strengths and importance of 360 degree assessments, but also the drawbacks.  I am now able to apply those lessons to my clients, both individual and corporate.  The result has been positive across the board.

Now, I embrace the opportunity to be involved in a 360 degree situation and, as you might imagine, find it as a highly beneficial coaching and training tool.  But, there is a proviso: 360 multi-person feedback is only as good as the tool, organization or individual who puts it in place, implements it and follows through.  Without a skilled 360 degree debriefer and strong champion of the process, things can go terribly awry.  Only someone with the experience to properly explain the process and provide the feedback constructively, not painfully, should lead the way.

“The unexamined life is not worth living.” Socrates

What is A 360 Degree Evaluation?
Forbes Magazine gives a clear and concise explanation of the process: “Your boss, your direct reports, your peers, and your customers give you anonymous feedback on what are your strengths and weaknesses (or ‘developmental needs’ or ‘opportunities’). Therefore, you get feedback from everyone around you who knows you well — hence, you’re hearing it from 360 degrees around you.”
If you read this explanation carefully one thing should jump out at you: the 360 degree process is NOT intended to be a tool for criticizing or finding fault. It IS intended to be a tool that will help employees grow and develop. Good quality 360 degree programs, such as the very special one Bill Weil and I have developed at Clear Intentions International® (CII), opens the door for deeper reflection and interaction.  It lets every employee know that he or she is being heard. It provides a chance for positive energy and contact. And, as we all know, the more positive energy an employee feels, the happier and thus more productive that employee will be.
When administered thoughtfully, a 360 program allows team members to improve in key areas that might be limiting their upward career path or actually causing conflict. Administered poorly, 360 programs may create mistrust, anger, conflict and can leave a team with lower morale than before the exercise was implemented.
The importance of conducting the assessment in a productive and meaningful way cannot be overstated.  In a recent study, it was concluded that about 63% of employers utilize 360 degree feedback methodology.  The most popular use of the feedback model is for career development, with 70% of companies using it toward that end. And 47% of companies use the tool for performance management.  David Bracken PhD, author of The Handbook of Multisource Feedback, reflects that the study provides “compelling evidence of ongoing efforts by organizations to improve important components of 360 degree feedback processes in supporting leadership development and personnel decision making.”  Further, Dale S. Rose, PhD, president and co-founder of 3D Group which conducted the study, stated that “one of the most encouraging findings was that while some companies see coaching about the feedback results as an option that can be skipped, more than 70 percent of companies make executive coaching available as an important aspect of their 360 degree feedback process.”
Since my first involvement as a participant in 360 degree feedback, I’ve come a long way. I’ve learned when a 360 degree feedback program has practical applicability and when it is not worth doing, usually because the employer is not fully committed.  As a result of my tailored approach, I have provided leadership and direction to many large companies in their annual employee feedback sessions. In fact, I’ve personally completed over one hundred 360-degree assessments for employees at several Global 1000 companies. What I learned, among many other things, is that the typical 360 degree program lacks several fundamental components, without which companies do not gain the maximum advantages that are properly associated with using a sophisticated and in-depth evaluation tool. And, it goes without saying that any company with the willingness to invest the time and money in a comprehensive evaluation program deserves to get the most “bang for the buck.”
Upon recognizing that an improved tool and evaluation process was needed, I created my own, online, proprietary 360-degree questionnaire that uses feedback from the person being assessed, supervisor(s), direct reports, co-workers and customers (internal or external).  In addition to the actual performance being assessed, raters had an opportunity to create an ideal skill set for the position, give a self-evaluation and take a guess of what the feedback might look like.  My approach incorporates four steps missing in other programs.

The premier benefit of my executive coaching program comes from the one-on-one debriefing session with the employee and a skilled executive coach.  This phase focuses on having the employee understand the feedback, and openly and honestly reflect on that feedback in a confidential and supportive setting.  It is here that we create a plan for development of the employee.

I’ve learned that with my guidance and reassurance managers, supervisors and executives all have come to believe that the feedback sessions are extremely beneficial.  In many cases participation and follow-though in the 360 degree evaluation was the first time the employee experienced a real opportunity for work-related personal development.   Here, I’d like to share with you a few of my most important guidelines and threshold fundamentals when employing a 360 degreed feedback tool.

When Should A Company Use a 360 Degree Tool?
Use feedback for leadership selection. Feedback will give you insight into who is likely to make a good leader and who, then, should be put into a leadership training path.
Use feedback for employee development.  Each person who participates in 360 degree feedback will have a list of goals and objectives for the company year. In the following year, an opportunity will be given to evaluate whether those objectives have been met. This shows each person whether they have really grown and where there continues to be room for improvement.

How Can I Ensure that the Process Will Be Helpful, Not Hurtful?
Have the process run by a trained/certified executive coach such as myself who is unbiased and does not have preconceived notions about any person and cannot unwittingly project results.
The leader must make sure that all participants understand that whether they are receiving or giving feedback, they are not to personalize, but objectify their experience.
Don’t make 360 degree feedback the only means of communication. Don’t leave evaluation to this once-a-year process, but train supervisors and others to provide and share constructively throughout the year. (This has become a very successful action item in my one-on-one debriefing sessions.)
Make sure you understand the culture in which the feedback session is taking place.
Share both negative and positive results with each participant. Everyone has some weaknesses. Emphasize the strengths and use the weaknesses as areas for growth and improvement. Do not use them for punishment, diminishing another or making anyone feel bad.
Be sure that the final step in the process is one-on-one positive feedback, which is individually focused and creates a game plan for the future.

How Should Participants Choose Who Should Evaluate Them?
Employees must be told to choose people objectively. I know one manager who, first faced with a 360 degree evaluation, chose to give the feedback forms to people with whom he knew he had business problems because he wanted the feedback to be balanced and fair.  He was hurt badly by this when everyone else was playing the game by giving their forms to only “sure things.” The process doesn’t work if participants give the forms just to people who already like them and won’t be constructive. This balancing act must be worked into the system.
Using my propriety program, each employee will list the colleagues, supervisors, subordinates, and clients (internal and/or external) from whom they wish to gather feedback.  They will have to list a minimum of three representatives from each category with the exception of the supervisor.  In all categories people can write in comments in the comments section.

How Should Feedback be Delivered?
In the early stages of feedback, the ones that precede my personalized one-on-one debriefing and executive coaching session, there are a few principles that will help:
Make sure the participants understand that no one is perfect and that no one is expected to be without fault. Emphasize positives. Use negatives as jumping off points for change and improvement.
Be prepared for sensitivity and defensiveness.  No one wants to hear their faults. Let the participants vent and explain their point of view on every criterion, particularly the negative ones. Give them a chance to explain why they may have rated themselves highly on, for example, ability to communicate, when others rated them low. Use the discrepancies as an opportunity for insight.
The feedback should be delivered by an outside expert without a stake in the outcome.

What Happens in CII’s Feedback Sessions?
In this phase, CII will perform one-on-one debriefing sessions.  The purpose of the debriefing session is to empower the feedback receivers about the results of their 360.  Most people are not comfortable with receiving feedback. Without debriefing, feedback can have a negative effect on people’s morale and performance.  Debriefing sessions are a wonderful opportunity to create a positive experience with having received significant feedback.  They open the door for deeper reflection.  With the assistance of an unbiased external executive coach, the recipient is able to develop action steps that deepen the learning and forward the action, which ultimately leads to increased satisfaction and performance.  We do not recommend, nor do we offer, 360s without accompanying debriefing sessions.

Is a 360 Degree Program Right for My Company?
The best way to find out is to give me a call and set up a free consultation.  Plan to tell me about your company, its strengths as well as where some improvement may be needed.  Let me know why you are considering entering into 360 degree feedback – programs now offered by nearly every Fortune 1000 Company. I’ll talk to you honestly about whether embarking on this journey of self-discovery and growth is right for you.

Certified Executive Coach and CEO of Clear Intentions International, Dr. Barbara Schwarck coaches CEOs, leaders, and professionals to have profound breakthroughs around performance, personal satisfaction and change.  She is the creator of Neuro Emotional Coaching©® a cutting edge coaching tool rooted in neuroscience, emotional intelligence and its implication for leadership. She is also the author of From Intuition to Entrepreneurship: A Women’s Guide to Following Her Dream.  If you are an executive or thought leader who is ready for a breakthrough, go to www.clearintentions.net.